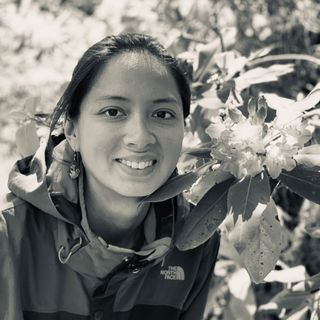 Devon Young Cupery (she/her) is a mixed-race Chinese American documentary filmmaker and community organizer based in Minneapolis, MN. She focuses on stories at the heart of resilience and transformation, and she seeks to bring visibility to unsung heroes who are making a difference in peoples’ lives. In 2021, she directed, filmed, and edited the documentary short Seeds of Hope, distributed by the Asian American Documentary Network and PBS WORLD Channel. Devon is a 2022 Saint Paul News Network New Angle Fellow. She worked as producer for 371 Productions in Milwaukee, where she produced Wisconsin’s Mining Standoff for Al Jazeera America’s investigative documentary series Fault Lines. Devon graduated from Brown University with a BS in Environmental Science.